Byōbu, or folding screens, probably appeared around the 8th century AD. Like the writing and the vast cultural impact that Japan owes China, between the sixth and ninth centuries, so also for the techniques, the forms of art and the supports, China will influence the Rising Sun in a profound way. Connected with the birth of an indigenous national spirit, around the end of the 9th century, is the origin of both literature and secular painting called Yamato-e. As regards the first, it is known that the kanji, the complex system of Chinese pictograms, arrived in Japan around the fifth century AD. by Korean monks. The slow and difficult process of assimilating the writing of a radically different idiom led to the elaboration of an integrative phonetic system, Kana, which allowed the Japanese to write down the everyday language and start the national literature. The use of ideograms was limited to official acts and bureaucratic aspects related to power. Yamato is a word that generally refers to a geographical area that includes the cities of Nara, Kyōto and Osaka. In this case, however, we intend to emphasize the relevance to the artistic sphere of a type of painting which, developing autonomously, was opposing the Chinese model. The Japanese of the late Heian (794-1185) used the distinction Yamato-e and Kara-e (Chinese or Tang painting), suggesting the difference between the two genres both in the choice of subjects and in the styles adopted; more generally, nascent secular painting includes narrative stories, national scenes, landscapes (meisho-e: images of picturesque places), changes related to the four seasons (shiki-e) and human activities along the months of the year (tsukinami-e). 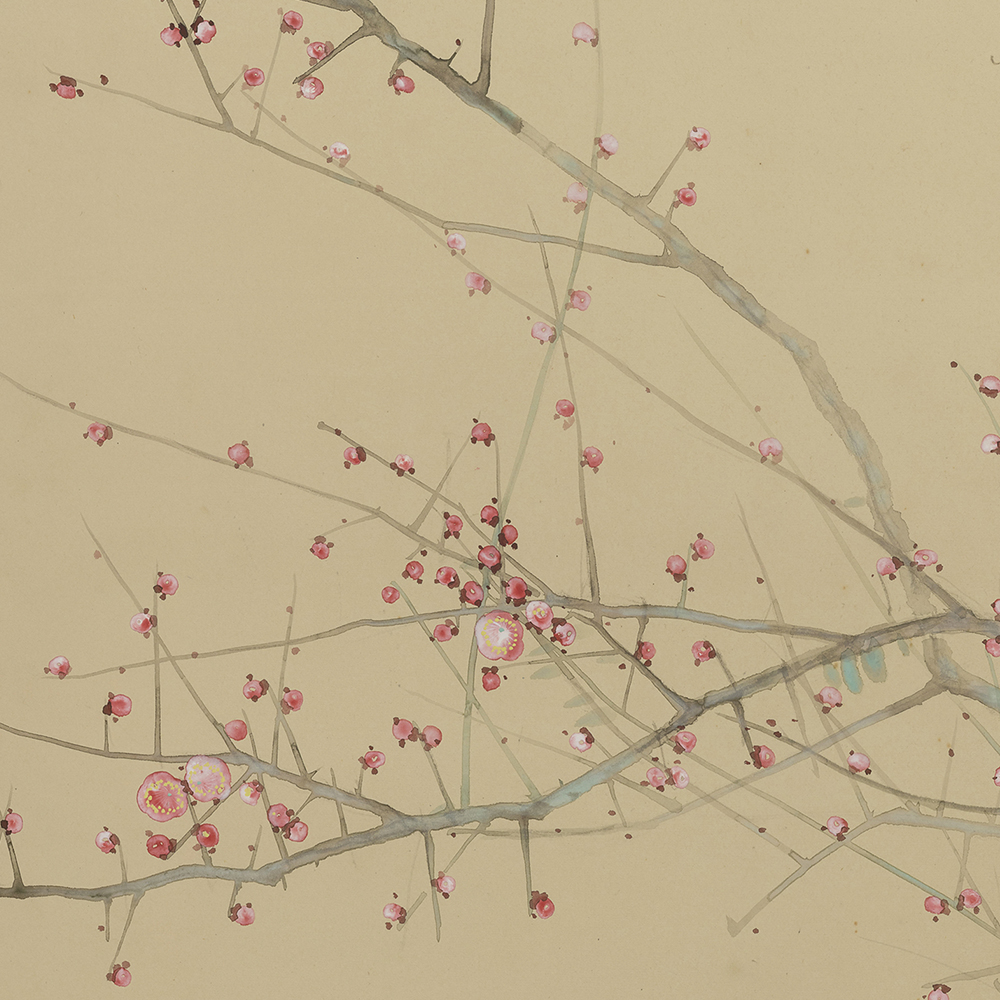 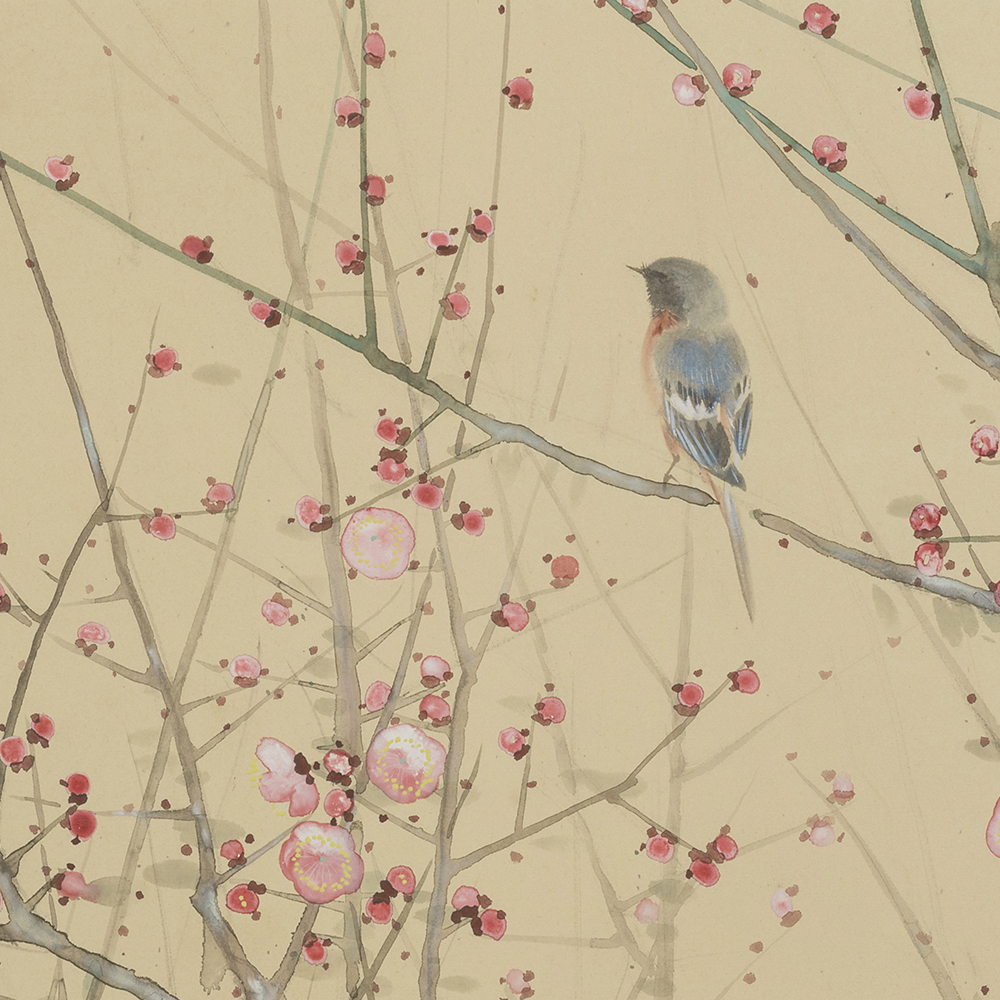 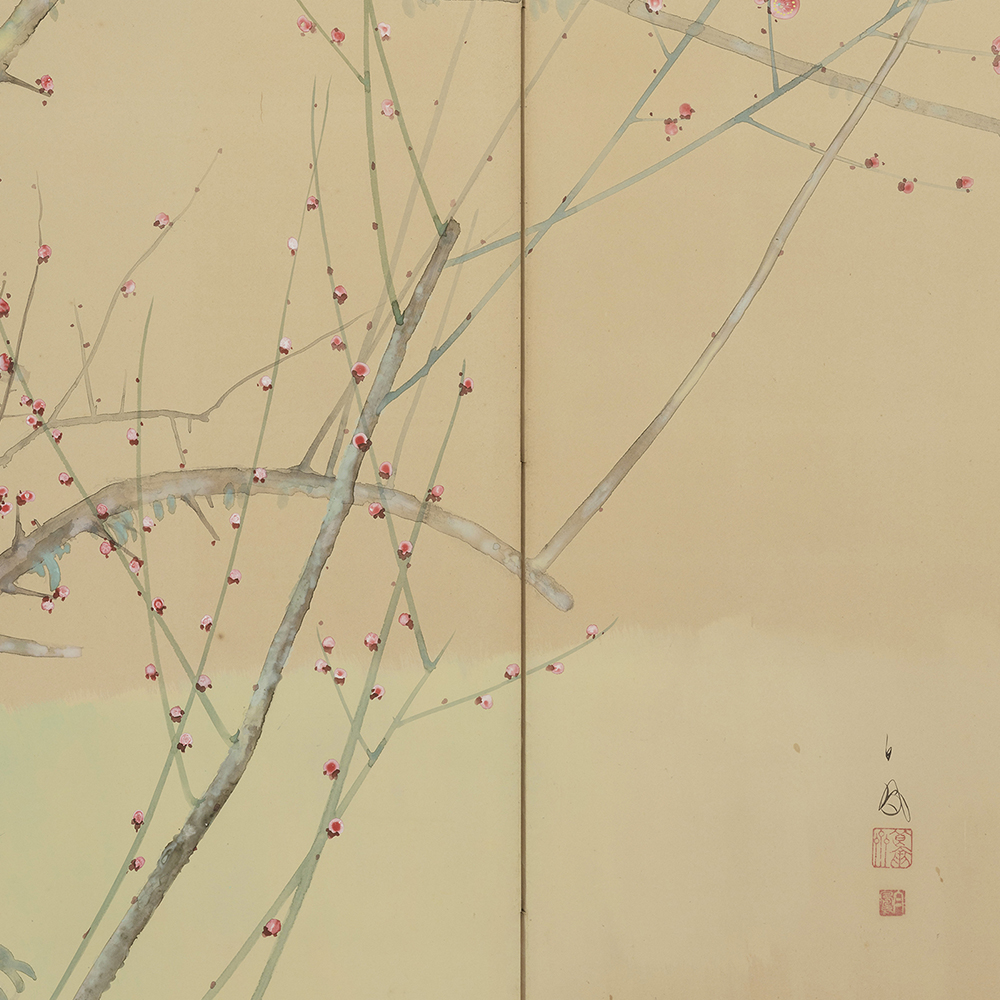 Nature therefore seems to dominate the choices of the artists of the period unchallenged. This approach signals a strong national identity modulated first on the Shinto vision for which the particular beauty of a natural manifestation is a clear sign of the divine presence and strongly reaffirmed by the Zen culture in the relationship between Man and Nature. In this sense, time lived inside and time outside replicate the life cycle and are initial conditions for the development of all Japanese art forms. This can be found not only in painting but also in poetry. These themes are usually found on paper of different sizes such as emakimono, kakemono and byōbu. Starting from the assumption that traditional Japanese art is not born to be enjoyed indefinitely but follows, as mentioned, seasonal changes, it is necessary to shed light above all on the functional aspect of some artifacts. The screens in particular are inextricably linked to the Japanese house. They too of Chinese origin were born as protection against the wind and later took on the task of temporary partition of the interior spaces. They therefore have the dual function of a piece of furniture and an object of art.

There are several varieties of screens. Tsuitate: wooden screens with a single panel supported by wooden legs. Fusuma: sliding wooden doors connected to semi-permanent fixtures and covered with various layers of paper that accommodate the pictorial decoration. Byōbu: in most cases we mean a pair of six-door folding screens with an approximate size of 160 x 370 cm The byōbu undergo some transformations over time; in the most ancient examples the wide silk borders surrounded all the doors, severely limiting the narrative potential of the decoration; around the fourteenth century. the silk frame becomes unitary and follows the entire perimeter of the screen thanks to the complex expedient of the paper hinges between the doors, thus opening new avenues for artists’ creativity. These supports are of particular charm because, although in paper, they survive the time due to the characteristics of high craftsmanship declined in every aspect of the manufacture. The fiber of the paper itself, derived from the Japanese kozo mulberry, has particular characteristics of resistance.

Galleria Nobili presents a selected nucleus of works from its collection with particular attention to the autumn season and landscape views.